You might be wondering why you haven’t seen a Blog in while. I’ve been on holiday, relaxing by the beach, feeling the hot summer sun and topping up my tan while the waves licked gently at the shore. No. Hang on. That was last year. Fast forward back to 2020 and I have been enjoying soggy walks, car picnics, views of the Brecon Beacons through low level cloud and fighting with intermittent 3G to try (and failing) to keep up with the latest Industry news.

On my return last weekend to the land of plentiful wifi, I fired up my laptop and was slightly taken aback to see that Robert Jenrick had done a rather large U-Turn over the subject of possessions and evictions. The announcement late on Friday hit the news websites immediately with much of the main stream media reporting that Section 21 and Section 8 notices were now extended to six month notice periods and Courts were closed to possession hearings. Monday morning and confusion reigned amongst landlords, agents and tenants. Like all announcements of this nature of late, I felt it worthy of a little more investigation.

Let’s start with the Courts as this is probably the most straightforward. Since March, the Courts have been stayed (closed) for new possession hearings until the end of June. In a nut shell this meant that if a landlord needed to take action to regain possession of their property they could still make the application but that nothing would happen until the reopening of the Courts. The reopening was then pushed back to the 24th August with a series of procedures to follow, known as reactivation notices, in order to restart the application. Indeed as we reported in our blog on the 2nd July the Government made it clear that this would not be delayed any further. Then, on Friday Robert Jenrick announced that this would be pushed back until the end of September.

All of us will have sympathy with anyone adversly affected by the pandemic and in my experience the vast majority of tenants and landlords have been working together to minimise this impact on each other. Indeed the Gov.uk website reports that 87% of tenants have continued to pay full rent since the start of the pandemic. But, there are instances of anti-social behaviour and a rise in domestic abuse. In these cases a landlord regaining possession is vital for all parties. If, and it’s a big if, the Courts reopen as planned this will just be the start of a further delay as the Courts will have to process and prioritise hearings which means it will be at least three to four weeks before the first cases are heard. In some extreme cases tenants may have fallen into serious rent arrears and landlords will have been without an income for many months. For many landlords the rent is their sole income, as well as having to fund their mortgage payments.

The Welsh Assembley have already introduced six month notice periods but alongside this, a package of measures, including loans to tenants unable to make their rent payments. By doing this they are ensuring that landlords are also not adversley affected. We will have to wait and see whether the Government take similar action in England.

Moving onto the more confusing part of the announcement regarding six month notice periods. Despite the immediate headlines that this was in effect immediately, the actual wording of the announcement states that it is the Governments intention to introduce this. To do so will mean they need to publish amendment regulations to Schedule 29 of the Coronavirus Act 2020. This does not happen overnight although no doubt it is at the top of someones intray in Whitehall.

So, at the moment notice periods in England remain as three months and normally legislation is not retrospective unless it is clearly stated that it is, so notices that have already been served should not be affected. With this in mind landlords will need to consider seriously whether they have reached the point where they need to serve notice.

The most obvious example of this is landlords that are looking to sell their properties. With the raft of changes in legislation and taxation over recent years many landlords have had enough and are selling up. Often this means they need their property vacant. Stamp duty has currently been reduced in a bid to stimulate the market and this is due to end in March. It doesn’t need a degree in economics to see that an extention of notice periods could take us past the point next year where stamp duty returns to its normal level thereby reducing the landlords chances of finding a buyer.

Perhaps the Government will consider these points when they draft the amendment regulations. Or perhaps we will see yet another u-turn ……. 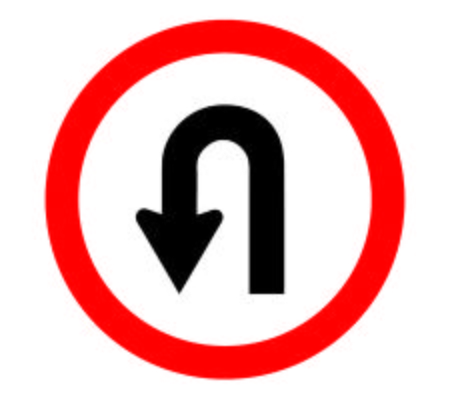