Since its launch in 2008 the popularity of Airbnb has rocketed and in the space of just 15 years it has become a global disrupter to the traditional methods of booking holiday accommodation. The simplicity of the idea has led to many using their own and their investment properties in this way.

In the UK critics argue that landlords wishing to avoid the avalanche of rules and regulations imposed onto the Private Rented Sector (PRS) in recent years, have instead turned to airbnb to generate their income. This they argue has reduced supply in the PRS even further and contributed to the rising rents that we are experiencing.

It is the same in other countries. Efforts in celebrated tourist destinations to restrict the number of airbnbs have included tourist tax and requirements to have planning and / or a licence.

Similar schemes have been long talked about in the UK and there is growing pressure on the government to address the issue in a bid to return landlords to the PRS.

The shortage of properties is a direct result of governments policies to sell off state owned properties, shifting the burden of housing into the private sector instead. Landlords are also exiting the market as a consequence of the removal of tax incentives, increased costly regulation and tenant focused legislation. Throw airbnb into the mix and you have the perfect storm for declining stock levels. Lower levels of supply and increasing demand lead to increased rents.

Recently Airbnb have offered their support for some form of licencing in England and Wales.  Scotland introduced regulations last year requiring airbnb hosts to apply for a licence. The Scottish scheme applies to all types of accommodation including whole properties or rooms in people’s own property.

Once fully operational the scheme will require all airbnb hosts to hold a licence from April 2024. Depending on the location there may be a requirement to obtain planning for change of use.

To obtain a licence the property owner must have a fit and proper persons certificate,  hold correct insurance and have mortgage providers consent.

They must also meet mandatory conditions as required in Schedule 3 of the The Civic Government (Scotland) Act 1982 (Licensing of Short-term Lets) Order 2022. This includes:

It is also mandatory to display contact information in the property, and state the maximum number of occupiers and licence number on any advertising.

The individual local authority have the power to add additional requirements, much like the HMO and Selective licencing schemes that operate across the UK.

The scheme applies equally to property owners and to tenants who may want to ‘sub-let’ the property.

In some european cities there are similar schemes that require short term lets to be registered and licenced. On a wider note the European Commission have put forward proposals to require EU member states to manage the short term let industry through increased data transparency and compulsory registration.

It is no secret that being a full time airbnb host can pay dividends for those prepared to invest the time and that this has meant that many properties available to rent long term in tourist areas have been taken away from the local communities. Understandably this has created resentment in addition to creating upward pressure on rent.

Whilst the government have dabbled with the ideas of rent controls, for me at least, this does not resolve the fundamental problem that there is simply not enough available property for the population. Looking at ways of releasing more property back into the PRS is the only sensible solution to the problems currently faced by tenants up and down the country.

Of course, all of this has to be balanced against the Tourism Industry. Tenants that rely on tourism for employment in order to pay their rent will feel there is little point in decimating income from tourism to help increase PRS supply. It is a tricky position and one that needs careful consideration.

The Department for Digital, Culture, Media and Sport launched a call for evidence last year on developing a tourist accommodation registration scheme in England. They have not yet published the results but the direction of travel seems clear.

The supply and demand problem has been building for many years although only seems to have hit the headlines in recent months as rents have increased. Whether a tighter regulation of the short term let market will lead to landlords returning to the PRS remains to be seen.

The reality is that unless the government move away from their anti-landlord rhetoric and make the sector an attractive place to invest, people simply won’t. This may mean having to review the additional stamp duty for second homes, reintroducing tax breaks and ending the speculation of rent controls.

This then leads me to the proposals introduced by way of the Renter Reforms Bill, but that is a whole other soap box for another time. 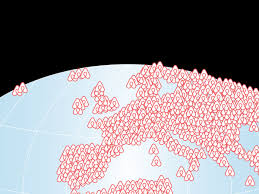