The End of No DSS

For a while now it is has been known within the Industry that advertising “No DSS” (or Housing Benefit to use its more commonly known name) was likely to leave you at risk of being discriminatory. There was the Rosie Keogh case that was backed by Shelter and settled out of Court, which began the movement towards a blanket ban on the “No DSS” policy of many Agents and Landlords.

Direct discrimination, in the eyes of the law at least, happens if it is against one of the protected characteristics in the Equality Act 2010 (except age which is excluded when it comes to letting).  A County Court ruling on the 1st July of this year has provided clarity on whether a Landlord or Agents policy of “No DSS” was unlawful. District Judge Victoria Mark ruled that it was indirect discrimination on the grounds of sex and disability and therefore contrary to the Equality Act.

In our view this is a good thing, for at least now we have some clarity and for that I would suspect most Landlords and Agents will be grateful. It was becoming almost clandestine to display “No DSS” on an advert regardless of your reasons why. Not least you were risking the full wrath of a tenant focus group camping outside of your office portraying you as the 21st century Rachmann.

I would wager that if you asked every Landlord or Agent up and down the Country why they would be cautious about Housing Benefit, they would unanimously tell you that it was the system that prejudiced them, not the tenant. From a Landlords perspective Housing Benefit is archaic. For starters the rent is paid in arrears where tenancy agreements require the rent to be paid in advance. Often it does not cover the rent entirely and if there is a whiff of fraudulent applications the benefit is withdrawn immediately leaving the tenant and landlord at the risk of rent arrears. Additionally the landlord can be pursued to repay monies that were paid as a result of that fraud. If that wasn’t enough, when a landlord needs their property back for any reason, the Local Authorities are well known for advising tenants to drag their Landlords through the Courts to obtain a possession order, costing the landlord time and money. So, is it any great surprise landlords are hesitant.

I wonder if it might not be better for some of the Tenant Action groups to apply pressure on Local Authorities and Government to devise a fairer, more straightforward system. Or at the very least, encourage Local Authorities to work with landlords and sell them the benefits of their system.

All that said it was about time the playing field was levelled allowing hard working tenants, who may receive some benefits, to apply for properties where perhaps before they have felt they weren’t able to.

For landlords considering renting to a tenant with full or part benefits there is some useful information available here . You should also check that your Mortgage and Insurance Company do not have any conditions that prevent you from accepting housing benefit. 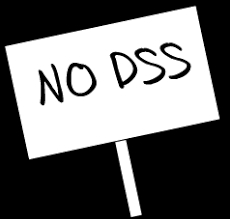