Back in the mid 1990’s when the buy to let market was beginning to take off, I was working in Bath. Specifically in an area called Oldfield Park which was where University students chose to live.

Landlords of the time spotted a gap in the market and began to buy up Victorian terraces, carving them up to create as many rooms as they could. These houses were then let to groups of students with as many as 7 bedrooms in some. These were known as Houses of Multiple Occupation (HMO) and the rent that could be charged was in some cases, ten times the amount the house let to a family could achieve.

Before I move on, I should just explain what an HMO is. The definition of an HMO is any property where you have three or more occupiers of any age over two or more households.

A different household is where those people living together are unrelated. Three friends sharing would make this house an HMO, whereas three siblings sharing would be just one household and therefore not an HMO. Note that it applies to occupiers, rather than tenants. So, you couldn’t try to be clever by having one tenant and then letting three of their mates live there too. The Government saw that one coming.

For landlords this was all their Christmas’s come early. The houses were comparatively cheap, easy to convert into cavernous homes and there was a plentiful supply of student tenants.

On top of this mortgages were cheap and the rising property prices meant a landlord could re-mortgage a few months later, extract their equity and use that as a deposit and buy another. It wasn’t unusual to deal with landlords who had portfolios of 20 plus houses.

The HMO market was so fast moving, across the whole country, that it took the powers that be some time to update previous legislation to regulate this new area of the market. Enter The Management of Houses in Multiple Occupation (England) Regulations in 2006.

These regulations introduced requirements for landlords to manage their properties responsibly and made additional demands on those found in a usual family let property.

It was most definitely needed. As always, the minority had spoilt it for the majority.

Licencing was introduced meaning that if you had 5 occupiers over three floors you had to apply for a licence.

This has evolved and it is now mandatory to hold a licence where you have five occupiers, regardless of the number of floors in the property. There is also Additional Licencing which is often used in university towns and allows the Local Authority to require any HMO to have a licence.

To curb the increase in HMO’s Local Authorities were given permission to create planning restrictions. This is known as an Article 4 directive. Residential homes have a planning class known as C3 whereas HMO’s are C4. This means that if you want to buy a house and change it to an HMO, you must apply for planning permission to change from C3 to C4.

This enabled local authorities to refuse permission and stem the tide of HMO properties.

You can begin to see how from being able to make an easy buck from an HMO property, it has now become much harder. Particularly if the HMO rent includes utility bills which is often the case. We all know where those costs are heading.

Compare this to the ‘normal’ private rented sector, which although as regular readers will know, is increasingly regulated, it is nowhere near as autocratic.

Rents have increased significantly in the last couple of years as demand outstrips supply and the gap between rents for an HMO and a family let has diminished.

There is no doubt that renting to a family or a couple, has distinct advantages. Not least time. Manging an HMO is a full-time job. There is the constant regulation, the need to provide furnishings and appliances, the regular turnover of tenants, difficulties that might arise when two occupiers don’t get on etc etc. The list is not exhaustive.

I recall a particularly awful situation in an HMO where one of the tenants became involved in drugs and caused endless amounts of suffering to the housemates.

More often that not families will become long term tenants and your involvement can be fairly hands off aside from regular property visits to check and deal with maintenance.

In a normal let, the tenant will often just get on and do odd jobs themselves. On a property visit the other day the tenant explained that they had a leak under the sink. As it happened at Christmas, they didn’t want to bother the landlord, so they carried out the repair themselves and replaced the damaged kitchen flooring!

All in all, whilst there is a definite market for the HMO style property, the scarcity of properties to let now could well mean that by the time you have weighed up and balanced costs and time, it is just as profitable to provide a home to a family or couple.

Certainly, worth a thought at least.

Letting an HMO and remaining compliant is a complex area so if you are in need of further guidance or advice, please do contact us.

And just to end this article, and in the spirit of providing a caveat, if you own an HMO at the moment and decide to rent it to a family instead, you may lose your planning status. So, it is not a long-term decision to take lightly 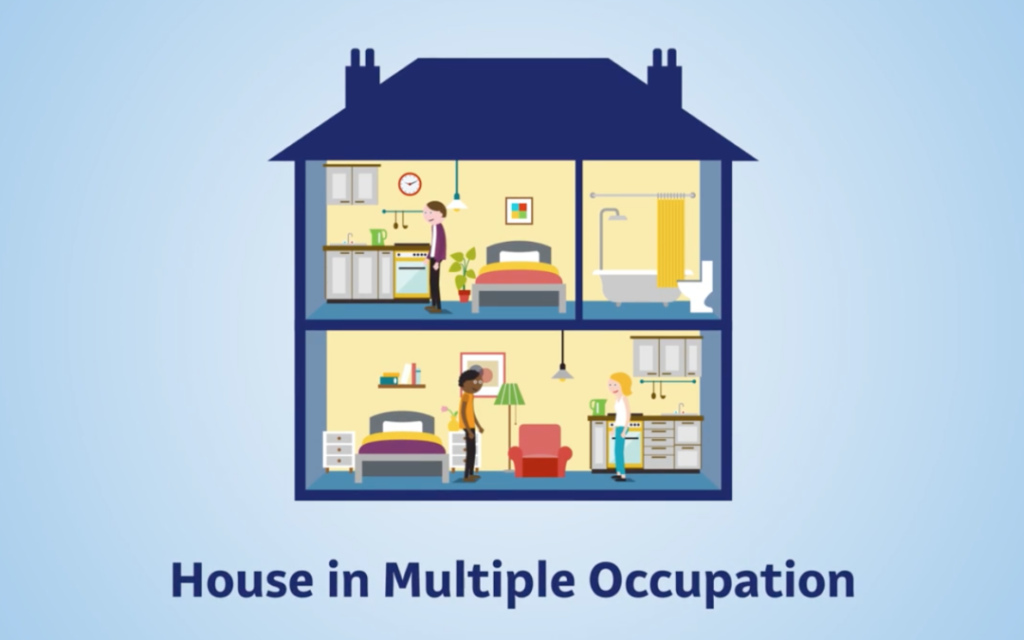