Future Minimum Energy Efficiency Standards – What do they mean for Landlords?

The introduction of the minimum energy efficiency standards is intended to create a route map for making rented homes greener (a compulsory energy performance certificate rating of ‘C’ will be the minimum requirement), but it is causing many landlords to worry that they may not be able to get their properties to this minimum standard.

Firstly, if you don’t know the current Energy Performance rating for your rental property you can find out by visiting https://find-energy-certificate.digital.communities.gov.uk/ this service is operated on behalf of the Ministry of Housing, Communities & Local Government.

The range of improvements you can make varies from draught-proofing, improved insulation, heating controls, and lighting – right through to installing certain renewable technologies, but with many of the details around this issue still unknown, we have tried to answer some of the main questions raised by landlords…

Is there flexibility in the EPC ‘C’ requirements?

The changes are currently making their way through parliament and are not, at the moment, preserved in law. The bill will be discussed in the House of Commons and House of Lords over the coming months, during which time its contents could be changed. At the end of this procedure, the bill will go to a vote which will decide whether it ends up being law. The Government sees improving energy performance in UK homes as key to fulfilling its net-zero target.

Will there be financial support for upgrades?

There have actually been numerous comments by government ministers that there might be some financial assistance made available for green upgrades, however all the related chat has been rather vague, and absolutely nothing has been said specifically about helping landlords. The government had previously attempted to do this with the Green Homes Grant, which was readily available to landlords as well as homeowners, but the scheme was short lived due to administrative problems, nevertheless it has been rumoured that a follow on plan to the Green Homes Grant will be launched in due course.

Will there be any exemptions?

One of the most common complaints about the proposed EPC ‘C’ requirement is that it penalises landlords who own period properties.

A five-year exemption can be granted if the only modifications that can be made to bring the property up to an E rating are not considered “cost neutral.” The ‘Green Deal’s Golden Rule’ defines ‘cost neutral’ as the cost of an improvement is less than the expected amount of cost savings it will achieve over five years.

These will often be more expensive to retrofit, and will be much more difficult, in some cases even impossible, to bring up to code.

The bill in its current form says the landlords may not be forced to upgrade their properties ‘if they meet the criteria for an affordability exemption’.

Where can I find out how to reach an EPC ‘C’?

The first port of call is the house’s EPC certificate, which details what can be done to enhance the residential or commercial property’s current ranking. While the certificates are valid for 10 years, prior to starting potentially pricey upgrades, property owners must consider getting a fresh one. Be mindful that numerous existing EPCs may be incorrect and out of date, so re-running them using better software applications will offer greater precision and will offer a more transparent picture about the genuine work that requires to be done in the drive to net zero.

What will the punishment be for not having a ‘C’ rating?

In the past when the EPC was last raised to an E in 2018, local authorities were charged with enforcing breaches of the regulations, the Government then proposed maximum fines of up to £30,000 per property.’

Over the next 5 years, it is expected that retrofitting will become compulsory and initially incentivised through grants, then gradually end customers will simply stop buying or renting lower EPC or sustainability rated homes. At this point, the Government would start officially penalising the lower rated homes.

How can I ensure the tradespeople I hire know what they’re doing, and will meet the requirements?

While the necessity to upgrade to an EPC ‘C’ has not yet been made official, some landlords may choose to begin updating their homes now.

Using tradesmen who understand the relationship between the work done and the desired increase in energy efficiency will be critical for those who do.

Landlords should look for companies that are:

As you can see, until the legislation is set in stone there is a lot of speculation circulating, that could lead property owners to make unnecessary (and expensive) repairs and changes. But we will try and keep you up to date as the bill progresses, watch this space! 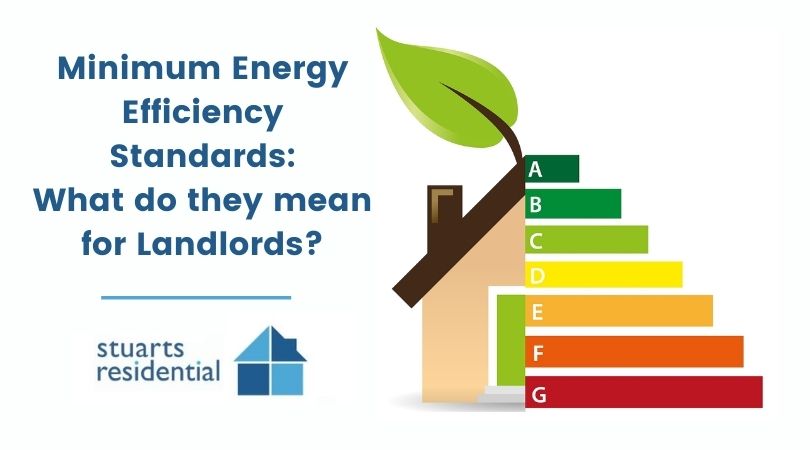